When news broke that George Lucas had chosen Chicago over San Francisco and Los Angeles as the home of the Lucas Museum of Narrative Art, my first reaction was to think about how much the entire city would benefit from the decision. When the museum opens in 2018, it will doubtless be a stunning structure that attracts waves of tourists from around the world. In fact, estimates put the economic impact of the museum at $2.5 billion in tourism alone. It will also join the city’s other leading museums in offering a range of educational opportunities and programs to Chicago’s youth. All great news for the city.

The announcement was also gratifying professionally. Leff Communications served as the lead writer and editor for the official proposal submitted by the city to Mr. Lucas, so I was intimately aware of how thorough the selection of the museum location had been as well as how much passion and commitment had gone into the proposal. The whole process took me back to my days at Chicago 2016, the city’s Olympic bid.

Although on a different scale than the Lucas Museum proposal, the campaign for the Olympic and Paralympic Games reinforced not only my love of the city but also a desire to contribute in some small way to making people aware of the amazing, distinctive gifts that Chicago has to offer. When Mark Mitten, a good friend from the bid, asked if I wanted to get involved in the campaign for the Lucas museum, I didn’t think twice.

When I walked in to the first meeting, the proceedings had the same sense of mission and aspiration that I’d experienced at the Olympic bid. It probably wasn’t a coincidence that Kurt Summers (the task force co-chair along with Gillian Darlow) had also been at Chicago 2016. Working with Kurt and Mark again felt like a reunion of sorts.

I was also reminded that while a bold vision might originate from an individual or small group of people, making that vision a reality usually requires harnessing the passion of many. From the mayor’s office to the task force to the people involved in shaping and presenting the proposal, it was a great team effort.

Lee Hillerich and Dimitri Poulios of Downtown Partners developed an amazing design concept and shepherded it through several rounds of approval in a compressed time frame. When it came to the writing, there was a wealth of material to draw from, and Brian Fabes and Dan Reisner from Civic Consulting Alliance contributed their encyclopedic knowledge of the city and the selection process. My associate Brittany Petersen spent some nights and weekends making sure the final product correctly and elegantly conveyed the task force’s ideas.

I look forward to seeing the Lucas Museum of Narrative Art rise along the lakefront. And I also look forward to the next opportunity for my company to help promote Chicago—truly one of the world’s best cities. 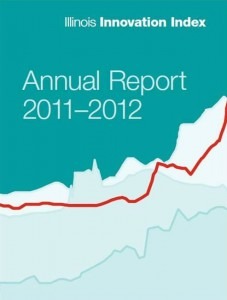