So what’s your story? You know what you do, but do you know who you are? 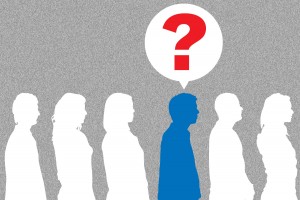 We’ve written several times in this space about the importance of the strategy component of thought leadership—among other things the need to consider why you’re creating content, the audience, and the most effective manner of distributing the content to meet your goals.

I think there’s another essential element to successful thought leadership as well: understanding your organization’s identity. When an organization lacks a sense of identity the result is frequently seen in their communications efforts, which are often inconsistent, even incoherent, both in terms of the messages in the text and the design of their various materials. Think of the professional services business whose website is an absolute mess—a hodgepodge of situations and service offerings and other supposedly related stuff. If you asked someone there who they were, you could be pretty sure the response would focus on what they do. If pressed, maybe they’d tell you they’re the smaller/cheaper/local version of the other guy.

To tell your story, you need to know what your story is, where you came from, what you aspire to, what it is that you really provide, and to whom. Understanding your identity will make clear the value you deliver to customers, what differentiates you from your competitors, and your ultimate goals—all important components in developing your thought leadership strategy.

On an individual level, having a sense of identity is important but understanding that identity can be hard, which is why it’s written into the human condition as something we seek (if not always effectively or successfully). It’s why young people, I think, often look for identity as part of a group: looking inward is not something that comes naturally to most teens and, when introspection does occur, it often further fuels teenage angst.

I fed my own teenage angst with the Who; in fact, my obsessive interest in the band was a big part of my identity in my youth and persists to this day, demonstrating itself in such manifestations as an adult pilgrimage to the beach at Brighton. My favorite Who album, Quadrophenia, is all about search for identity, viewed through the lens of the protagonist Jimmy’s ill-fated effort to find his identity as part of England’s 1960s mod movement, which had a lot to do with being the same as every other mod. (The mod movement “covered everybody, everybody looked the same, and everybody acted the same and everybody wanted to be the same,” the Who’s Pete Townshend said in a 1968 Rolling Stone interview.)

Much like those teenagers struggling to find an identity and often seeking it as part of a group or through a style or fad, you often see businesses looking to claim an identity without investing in the introspection necessary to truly understand who they are and what they want to be. Sometimes they seem satisfied to mimic the dance steps and fashion of another successful business. Other times they appear to be chasing a business fad or market flavor of the month. In all those cases, the failure to establish their own identity and understand who they are and what that means lessens the chances for success in their thought leadership efforts—because the mimicry ensures they have nothing distinctive to say.

There are obviously a host of firms ready to help businesses with the task of determining their identity. And there’s no shortage of management articles and white papers online about how to think about your organization’s vision, values, and mission as well as how to communicate your unique value proposition. All of these methods have one thing in common: the task begins by stepping back from what you’re doing and thinking about who you are. You’ve got to know what that story is.

Rodd is an editorial director at Leff Communications. Prior to joining Leff, Rodd spent more than 35 years as a working journalist, including time with daily newspapers, community journalism, and the business press. Follow Rodd on Twitter @RoddZolkos.