People don’t like to talk about ghostwriting. Its very name connotes secrecy—something you don’t see, don’t hear about. When we do hear about ghostwriting, it’s often a scandal. Take the artist Drake, for instance. In July of last year, his friend-turned-rival, Meek Mill, a fellow hip-hop artist, accused Drake of not writing his own lyrics. Fans and artists alike were enraged, shocked, and betrayed.

On the flipside, it’s common to feel heightened respect for artists when we find out, as we did with Taylor Swift at the genesis of her career, that they write their own music. We love multitalented people (see: Lady Gaga). Still, we generally accept that no artist writes and performs expressly on their own. At the very least, every singer-songwriter shares works in progress with friends for feedback. And often, songwriting teams work in tandem to write a song a day for an artist. So where do we draw the line between what level of help is acceptable and what is not?

Not everyone is a writer. Sure, there are some annoyingly talented people in the world who seem to have it all (see: Neil Patrick Harris). But I don’t think everyone should be held to that standard, especially business executives—all of whom are under increasing pressure to establish themselves as a thought leader. Do you really need the CEO of a multinational financial institution to produce beautifully written missives all by himself? How about the CMO of a leading retailer? Or your very own CIO? Wouldn’t it be better for those people to spend the majority of their time pursuing growth, bolstering your company’s brand, and protecting your servers from cyberrisks?

Executives already juggle myriad and varied responsibilities. But more and more we are expecting these leaders to have a robust online presence—to write white papers, publish posts to LinkedIn, Tweet the most current trends. It makes sense that we want to be able to see and hear from executives; it personalizes our experience with that company or group and establishes them as subject-matter experts in their field. But it doesn’t make sense to expect those people to do all their own writing. Maybe a leader is, in fact, a terrific writer. But being good at something doesn’t mean you have time to do it. We don’t expect President Barack Obama, a published author and skilled orator, to write his own Tweets. In fact, there would likely be some serious backlash if at the next state dinner he was whipping out his cell phone to Tweet about it—but we follow him anyway. Why? Because we trust that whoever is Tweeting on his behalf is close enough to him to know what he’s up to, what his interests are, and what news he finds most pertinent.

Executive ghostwriting is no different. And those of us who ghostwrite follow some key steps in order to do it well, but that’s for another post. The truth is, everyone seeks out help to some degree. Despite the controversy the Drake and Meek Mill blowout drew, rappers such as The Sugarhill Gang and Dr. Dre have been hiring ghostwriters for ages. And here’s a secret: your C-suite executives probably are too. 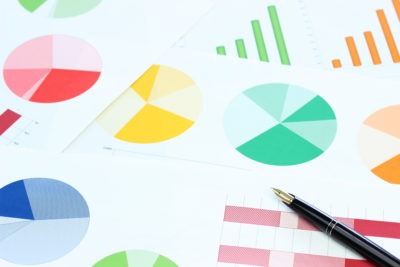 Previous Post (p) The pie chart: Overused, misused, and abused
Next Post (n) Confessions of an executive ghostwriter (part 2 of 2)