Bowling is great. It’s just the right amount of competitive, it isn’t physically taxing, and you can eat an obscene number of onion rings while you do it. (Not that I’m speaking from personal experience.)

But for Leff, there’s more to it. Our office is generally an open, collaborative, cheerful place. We chat about our lives, politics, television shows, sports, and kids every day. A company outing, then, isn’t a big leap. But it is somehow different to be outside the office together—even if we’re doing many of the same things we do in the office.

Last night the whole group of us went bowling. We took the opportunity to split into two teams—Aviato and the Pinhead Pals. In this way, a smaller group of us got to bond and collaborate over team names and plans of attack in the weeks leading up to the outing. Plus, our designers each came up with stellar t-shirts for their corresponding teams. And I think we really did learn about each other in the process. Here are the most important things I learned about my teammates and opponents, including some awards I hereby designate to each participant:

Alia, Aviato. The Sportsmanship Award definitely goes to our account manager. She was known to stop what she was doing and clap for every member of the opposing team, even while juggling a bowling ball and a glass of wine. She also wins the Most Surprised Award. Alia scored an endearing 36 during Aviato’s secret practice game. We were all shocked, and none more than Alia herself, when she had four strikes in one game last night. Granted in between those strikes she would go three frames without hitting a single pin. Still, way to keep us on our toes, Alia.

Allan, Pinhead Pals. Allan was our guest and an honorary member of team Pinhead Pals. He wins the Secret Weapon Award for 1) secretly wearing his Pinhead Pals shirt underneath his sweater all day and 2) scoring 155 after having not bowled “in 40 years.” (He later revealed he actually bowls twice a week. Again—so secretive!)

Brittany, Pinhead Pals. The official Leff Communications director of fun earned her keep last night and wins MVBW for Most Valuable Beer Wench. Before any of us realized we were almost out of beer, she would silently disappear, returning with another 100-ounce beer tube of Modelo and a cup of limes. She also very responsibly supplied us with water, so, hat’s off, Brittany. Oh, and she’s also a solid bowler.

Delilah, Pinhead Pals. “The Drinker” gets the Best Behavior for Volume of Wine Consumed Award—even through helping Alia, Brittany, and Heather shut down the karaoke room post-bowling. She also earned the Best Style Award for her smart skirt, custom bowling ball, and distinctive bowling technique—the last of which we learned she developed from the private lessons she used to take in the very bowling alley where last night’s competition went down.

Heather, Pinhead Pals. She lived up to her nickname—“The Hammer”—when she told off the man in charge for trying to cut our time short after promising unlimited bowling over the phone. And, whether or not it had anything to do with our growing bar/fried food tab, he did, in the end, let us stay all night. Bad Cop Award goes to Heather.

Jake, Aviato. Unsurprisingly, Jake earned the Creative Unsportsmanlike Conduct Award. He was seen throwing balls into the other team’s lane, diving across the floor to protect his lane from retaliation, yelling obscene comments as the other team threw the ball, and berating anyone on Aviato for supporting the Pinhead Pals.

Rodd, Pinhead Pals. “The Boilermaker” is no doubt the overall Leff Communications MVP. He may not have been on my team, but when anyone bowls four strikes in a row and earns a game score of 204, you’ve got to respect.

Scott, Aviato. Our company’s namesake didn’t disappoint, with a best score of 169. What was solidified for us all last night was that Scott really is good at everything. He earned the Most Versatile Skill Set Award.

And me, Annie, Aviato. I award myself the Learned from Mistakes Award because I stuck to beer last night and don’t feel (completely) awful this morning. I’m also told I should be awarded the Surprise Attack Award for my fifth-game high score of 125, which none of us saw coming.

Should any of you readers wish to challenge us, say the word and we’ll meet you at Diversey River Bowl. But don’t be deceived by our sportsmanship, lack of sportsmanship, chicness, and ability to stand up for ourselves and our (bowling) rights—we’re one hell of a team. 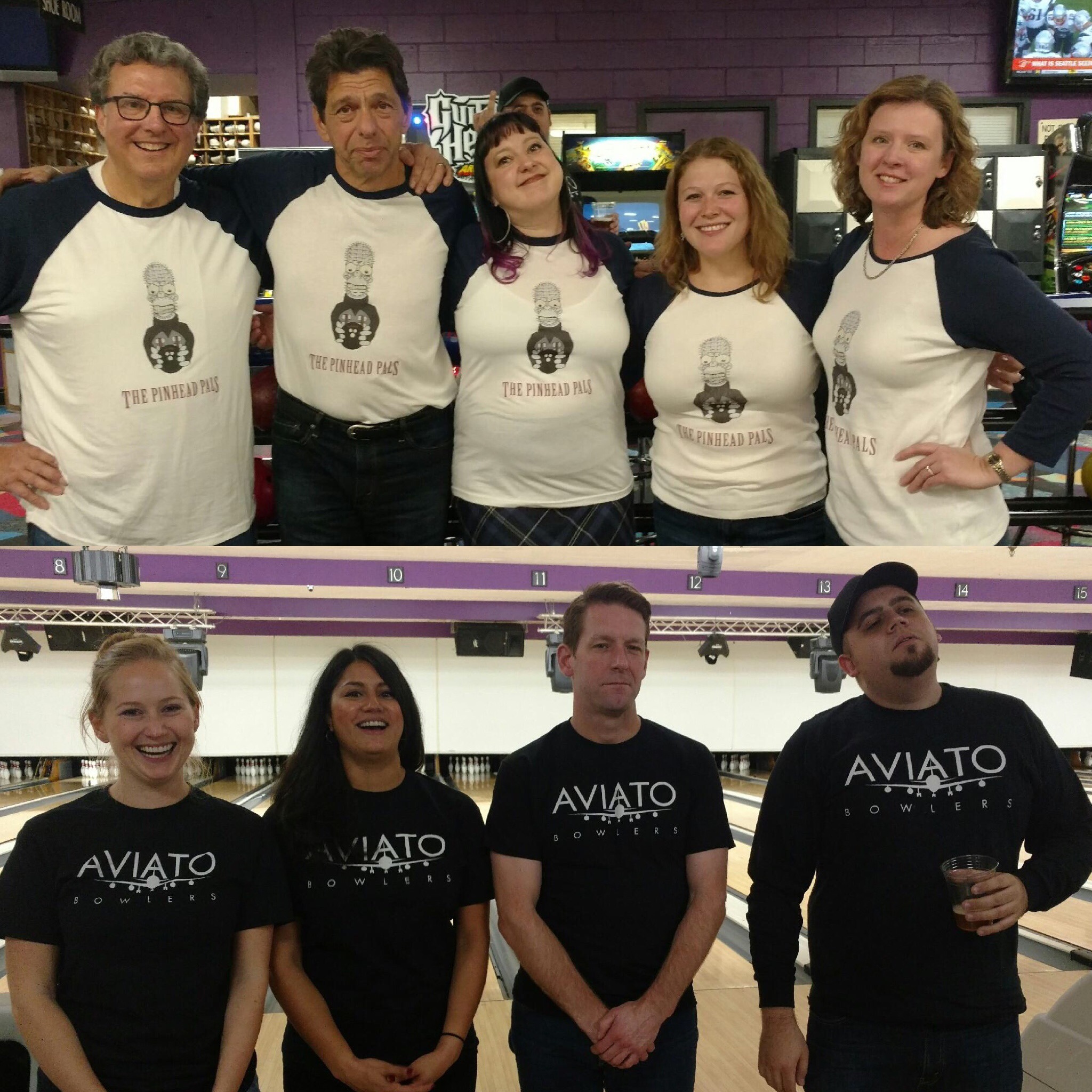 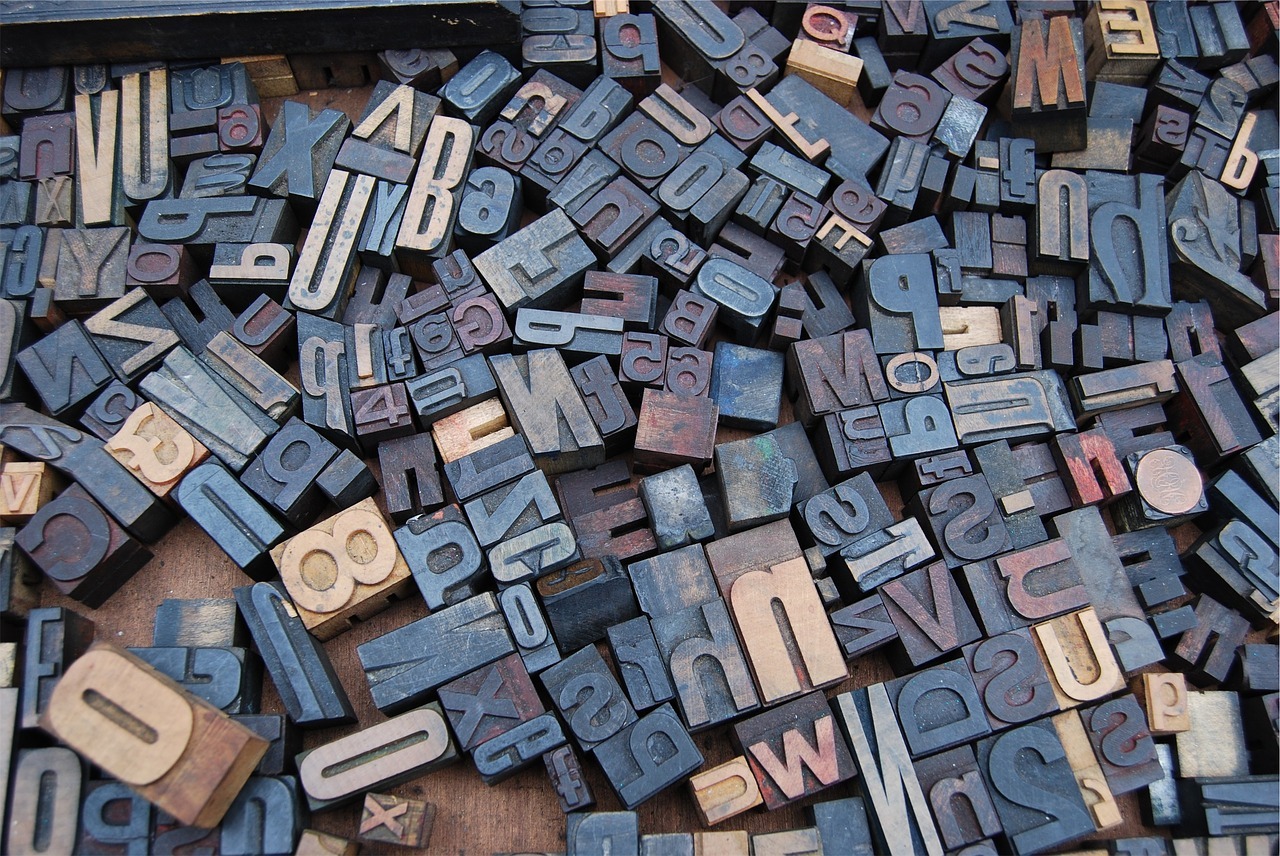 Previous Post (p) Five typography rules to design by
Next Post (n) Figures of speech: Four schemes to spruce up your writing