Regardless of whether you treasure or dread the holiday season, there is some comfort in the rituals that accompany it. This year, the company decided to add a tradition of our own to the mix. The office is split (though not evenly) regarding holiday music: I and several other colleagues despise it, both for the treacly sentiment and the craven money grab that these albums have become for popular and struggling artists alike. Others among us are still transported by these timeless standards, no matter how many times singers desecrate them.

So in the spirit of the holidays, we decided to meet in the middle. Taking advantage of the office turntable, we held a “Worst Holiday Album” contest last week. The rules: submissions had to be on vinyl, with one song designated as the entry. (We all agreed there’s no way we could listen to holiday albums for five hours.) Over cocktails, the jury convened for the aural assault. In the interest of spreading the cheer, here are the entries (in order of presentation):

1) Tommy James, “It’s Christmas Again”—The writer of such classics as “Crimson and Clover” and “Mony Mony” contributed a new tune to the Christmas canon, with tragic consequences.

2) The Superions, “Santa’s Disco”—For fans of the B-52s who found themselves thinking, “I like this band, but I wish I could hear Fred Schneider sing about Santa over a sparse techno beat,” the Superions are the answer to all of your dreams.

3) Justin Bieber, “The Only Thing I Ever Get for Christmas”—Recorded in 2011, several years before Justin abandoned his monkey at German customs, this tune foretells his downfall (if not artistic resurrection).

5) Jim Nabors, “Sleigh Ride”—TV’s Gomer Pyle and the pride of Indiana offers a uniquely white-bread take on this winter classic. Where are the Indy cars to drown him out this time?

7) Kay Martin, “Hang Your Balls on the Christmas Tree”—A pinup girl from the early 1960s delivers a bawdy, burlesque-y, double entendre–filled offering that’s not as funny as it should be.

The vote was very close, but in the end Bieber’s “Little Drummer Boy” edged out Fred Schneider and his Superions. Our colleague Alia took home the prize ($100 to Reckless Records), a feat made all the more remarkable by the fact that she didn’t listen to the song she submitted beforehand. Well done, well done.

Some very important lessons were learned along the way: cheesy and smarmy do not a crummy Christmas song make, because all Christmas songs have a heaping dollop of cheese. Sometimes submissions can fall out of contention immediately for being too good (looking at you, #s 4 and 6). And to make really terrible music, you need a combination of poorly suited material, earnest delivery, blissful ignorance, and misguided production.

I’m already dreading next year’s contest due to threats to bring in Bon Jovi’s Christmas album. And Neil Diamond just released an album of acoustic Christmas songs that is sure to further obliterate the standard for what good sounds like. (I think Fitch lowered its rating for this album to “double deuce.”) So in this respect, I’m grateful that Christmas only comes once a year.

Happy holidays to all! 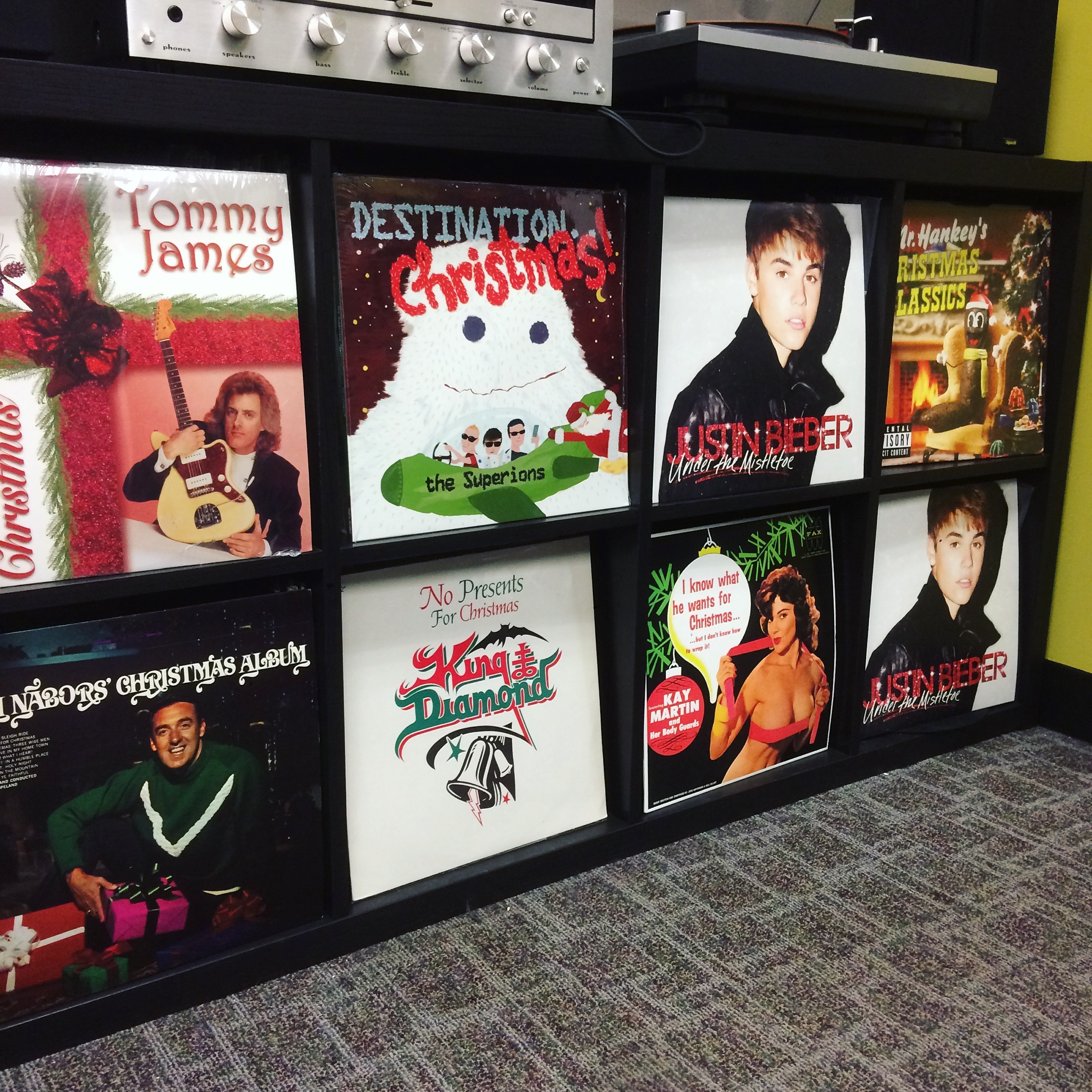