Summer’s in full swing, and our team is reading, watching, and listening to all the things. Check out the World Cup news that got our attention, our take on a current bestseller, and our thoughts on two reboots: a new telling of Macbeth and Netflix’s Queer Eye.

From Alia, director of accounts and strategy:

I’m not a huge soccer fan, but you wouldn’t know that if you met me during the World Cup. My enthusiasm for the quadrennial tournament runs high, even though I’m barely paying attention in the off years. I’ve come across some good reads as I spend my morning commute reading World Cup news, and this one was particularly entertaining. La Punto, a gastropub in Sochi, is now a stylish bar featured on the World Cup website under recommendations for fans flocking to Russia. While it’s now a venue to celebrate sports, the building’s past life represents a darker side of Russian sports history—it housed the now-famous anti-doping laboratory where one of the biggest sports cheating scandals of our time played out.

The pub has a good-humored nod to its predecessor—a cocktail called Meldonium, the performance-enhancing drug now associated with tennis star Maria Sharapova.

Whatever your politics or personal feelings about former FBI Director James Comey, A Higher Loyalty: Truth, Lies, and Leadership is an important book. Mr. Comey offers an inside-out view of both why it’s so important to protect top law enforcement officials from political influence, and why that goal is tough to accomplish. It’s clear from the start Comey wrote the book to defend his own actions, particularly those made during the fall of 2016. While the book was informative, I still don’t completely understand why he made the decisions that he made. Still and despite his clear flaws, he comes off as genuine and thoughtful. I believe that Mr. Comey intended to do the right thing for the right reasons. (Unfortunately we all know where a road paved with good intentions may lead.)

I’ve been a Jo Nesbø fan ever since I was introduced to his gritty, creepy, and insanely addictive Harry Hole series after reading The Snowman. When I heard Nesbø would be writing his own version of Macbeth for The Hogarth Shakespeare, I wondered how anyone could begin rewriting Shakespeare without butchering it. This podcast interview is a great listen for anyone interested in narrative structure, the importance of place, and, let’s face it, crime and corruption.

From Scott, founder and president:

You can be forgiven of wanting to run in the other direction when you hear the term “reboot.” Every successful effort (“Will and Grace”) seems to be balanced by a weak movie that once again suggests Hollywood has run out of ideas. Netflix’s Queer Eye pulls off the rare feat of improving on the original, in part by recognizing how much things have changed regarding LGBTQ issues and how much work remains to be done. The five experts have chemistry, and the show does an amazing job of finding subjects for each episode that sorely need the help but also are compelling in their own right. The episode where the team helps a trans man celebrate a successful top surgery manages to be moving, insightful, and funny at different moments. 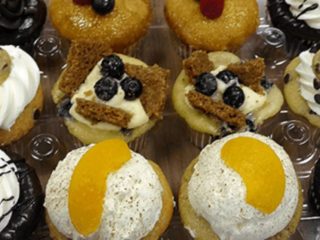