A heat wave late this month sent us running to movie-theater-grade air conditioning—a handful of us endorse Scott’s film pick below. When the humidity index reached its highest peaks of the season, we started stockpiling our binge-worthy TV recommendations good for lazy, escape-the-heat Sundays and upcoming sweater weather. On that note, get your beach reads in before as summer draws to a close—our first pick provides a solid list of book recommendations.

From Alia, accounts and strategy director:

Over the past few years, my summers have been full of weekend wedding trips, which means I have plenty of travel time that I fill with books. On particularly long round-trip flights I can get almost a whole novel in, so I go through my list quickly.  This summer reading interactive from the New York Times, which offered up 73 books in nine categories, came at the perfect time. On its own it was a fun read, and it introduced me to a handful of breezy books perfect for summer travel. Nothing makes a plane ride zip by faster than an absorbing thriller paired with an in-flight cocktail.

Spike Lee’s latest movie, BlackkKlansman, is based on the true story of an African-American police officer in Colorado Springs that infiltrated a local chapter of the Ku Klux Klan. While the film’s basis in reality provides necessary grounding, Lee is after something much larger here, and the narrative license he takes reinforces the parallels between the climate in the 1970s and today. The performances are great, including a turn by Harry Belafonte recounting a lynching his character witnessed as a boy. The film ends with a gut punch that ensures viewers will be thinking about its themes long after the credits roll. Look for Lee to make the rounds during awards season.

National Treasure: Kiri could have easily served as a finger-wagging, moral pulpit for the writers about race, class, and the foster care system. Instead, it refused to draw hard lines and reveled in the gray areas. Kiri, a young black girl, is visiting her biological grandparents when she goes missing and is found dead days later. Her foster parents (who are white) are justifiably devastated. But are they who they seem? (Spoiler: No one in this show is.) The show asks viewers to think about the rights—both legal and moral—that foster children have, especially in cases where the child and foster family are different races. Is that best for the child? Is a loving home the only thing that matter? How can a sense of “otherness” affect the child’s sense of self?

As we get closer to the official end of summer, here are our binge-worthy picks for cooler weather or lazy Sundays: 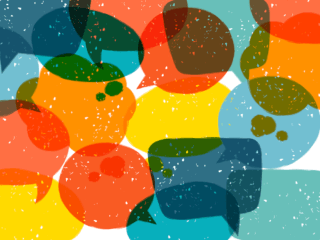 Next Post (n) Are you using that word correctly? Probably not.