Business readers can hardly escape articles on technology. From the Internet of Things and artificial intelligence to the potential of a digital transformation, professional services firms are racing to demonstrate their unique perspective on these topics and more.

One recurring challenge: as technology races forward, many firms struggle to translate their knowledge into thought leadership that clearly communicates the common issues and solutions to senior executives. Sometimes, tech experts dive down into the weeds rather than focus on the benefits that technology can generate. Other times, firms lack the firsthand experience to back up their opinions.

A tech editor for more than two decades, Bain’s Dave Sims has been on the front lines as technology has gone from the backbone of business operations to a catalyst for innovation and the force reshaping entire industries. I sat down with Dave to get his thoughts on crafting tech content that rises above the clutter, tailoring insights to shorter formats, and connecting with the C-suite.

Leff: In your experience, what separates the best tech pieces from those that don’t quite clear the bar?

Dave Sims: The secret to good, understandable thought leadership is really to remove the jargon. I’ve spent much of my career just figuring out how to take ideas that very smart engineering people have and translate them so that very smart businesspeople can understand it.

Leff: And as you’ve seen technology become a top priority for every industry, how has the challenge in storytelling changed?

Dave Sims: Part of the change has been the format of how content is delivered, which gets tighter and tighter. I mean, I started out with long Institute of Electrical and Electronics Engineers articles, which were 10,000 words, and now it’s down to Snapchat and an animated emoji. I explain to people who understand technology—engineers, technologists—that the people we’re explaining concepts to don’t need to know everything. They just need to understand what it does, how it works, what the risks are, and what it costs.

In a way, the fact that we’ve had to make things shorter and shorter—that we’re down to 800-word articles, or one chart and 150 words, or even 280 characters—has been a good discipline. It’s like learning to write poetry: you boil it down to get the essence of what you need to tell somebody.

Leff: How do you adapt thought leadership to those shorter formats so that it’s successful and meets reader expectations but still maintains the level of sophistication that the ideas deserve?

Dave Sims: Making a piece conversational for shorter formats is critical. One of the lost opportunities is that people who can describe something in conversational business language often sit down to write—and suddenly they’re first-year grad students again. Or they start trying to write in this convoluted way that their tenth-grade teacher told them they should write it.

If they could have retained the same voice they use to explain it in person, they’d be much closer to the finished product that we need. I often find it simpler just to talk to people and then write it for them, rather than watch them go through the same tortured motions as writing a term paper.

For adapting content to the format, one thing we do at Bain is have a cascade of increasingly in-depth pieces. So a 280-character tweet leads to a Snap Chart that’s 300 words and one or two figures. And behind that there’s a brief that might be 2,000 words and four figures. So you can go as deep as you want. And then if you wanted to go deeper, you’d want to have a conversation with the people who wrote it. That’s the trick. It’s the opposite of the business acquisition funnel: it starts small and just goes into greater depth the more interested somebody is.

Leff: Authors sometimes equate a high word count with substance. How do you steer author teams to the right format?

Dave Sims: Increasingly I find it more effective to talk to them about minutes rather than words or length. Think about your target executive reader. How many minutes are they going to put into this? Is it four minutes? Is it eight minutes? And that really brings out the honesty. I sometimes use the line, “Remember, you’re competing with in-flight entertainment.”

Leff: How do you get authors to provide examples that reinforce insights or ground the conversation, especially when you’re talking about technology and things can get a little esoteric?

Dave Sims: It’s amazing how hard it is to get those examples sometimes, and yet that’s what really makes thought leadership credible. I have two avenues. One is to emphasize the importance of examples; it convinces readers that you’re not making it up but rather telling the whole story.

And the other is to explain that people just naturally think an example is confidential when you’re telling a good story. But sometimes, when we reach out to the companies, they’re actually happy to be included. And it’s a chance for the partner to check in with the client and do something nice for the company. 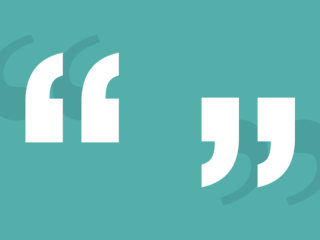 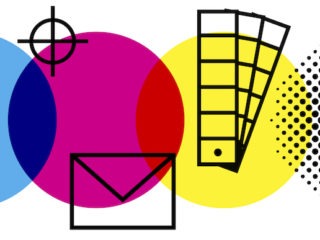 Next Post (n) Printing methods: Which is best for your project?