You’ve almost certainly come across “listicles” (list articles) before. They’re usually called something like “30 foods to eat before you die” or “10 reasons why David Lynch should be allowed to do whatever he wants” or “6 times Keanu Reeves ate food.” Because of their often-inane nature, listicles have understandably garnered a reputation synonymous with clickbait and laziness. But why let a million bad pieces of content ruin a useful medium?

A listicle blends (potentially complex) content with the simplicity of a list. And while the skim-ability is an attractive feature, there is no rule that the topic or execution must be base or simplistic. If you have ideas that can be communicated as a list or as a teaser (such as in a LinkedIn post) for longer-form content (such as a thought leadership article), here are some best practices to follow to make the most of your ideas. This blog post serves as a model.

Write an introduction and a conclusion

Don’t assume your readers are either well-versed in your topic or mentally prepared for the information you’re about to throw at them. Ease your audience in with some context, and leave them with a takeaway.

An introduction should clearly address one or more of these questions:

Complementing the intro with a conclusion is an often-overlooked step. Even if the listicle is relatively granular, adding even a line or two of takeaway will create balance, synthesize information, and reinforce the call to action.

Treat each entry as a mini thesis

Make each clear, informative, and self-contained. Even if a reader takes just one entry to heart, it’s important for them to have as complete a picture as possible. Offer a thoughtfully synthesized idea—and be concise. If one idea runs into another, consider if they can’t be combined into one.

Maintaining a narrative flow is especially important if the article is intended as a lead-in to a larger conversation. Theoretically, a reader can get the gist of the article by reading just the headings, like skimming an outline.

Listicles offering advice (things to do) typically use grammatically complete sentences; lists of elements (things to have or things that are) can be one-word or incomplete.

Consider including a naysayer entry

Just because it’s a quick read doesn’t mean the argument needs to be watered down. All good arguments acknowledge and respond to opposing views, and listicles should do the same. At the very least, an outlier entry adds interest. Ultimately, a fresh, even counterintuitive insight is what’s going to keep a piece of content shareable and relevant, not a clickbait headline.

Because listicles are far less formal than, say, whitepapers, they offer the freedom to use different points of view, slang, and lay terminology. This doesn’t just mean that you can appeal to a wider audience. It also means that you can feel comfortable saying more with less—as well as be provocative.

Number the list only if the sequence is important

This is a pretty common misconception with listicles: just because you have a finite number of insights, doesn’t mean they need to be presented in a specific order. Numbering actually signals to the reader to adjust the cadence of reading. It goes without saying that listing steps out of order is counterproductive. The inverse logic applies to ordering nonsequential information—it can create a false hierarchy.

Presenting the most important information first is the tried and true method. However, casual structure means that’s not a hard rule. Sequential lists should track logically from one to the next, whereas nonnumbered list should progress from enticing (hooking a reader) to bold (retaining them).

Aim for round and odd numbers—but don’t force it

We respond differently to odd-numbered figures, giving them more attention. Consider the significance of these numbers: the one, top three, lucky seven, and any multiple of five. While some might feel nine pieces of advice on a complicated subject are more useful than three, don’t stretch your content to cover that which doesn’t exist. Not only is doing so dishonest but it’s a waste of time. Readers can always tell when a listicle is grasping at straws.

Because listicles are so easy to read, they’re perfect for sharing on social media. So they need more of the staple elements of successful social posts:

The simplicity of listicles should not be perceived as crudeness or a lack of sophistication. At its core, a listicle strips an idea down to its essential, more captivating information and repackages it all as a list. And when striking a balance between journalistic rigor and social-media optimization, it can be useful for communicating complex ideas quickly. This format holds significant potential for redistributing traditional thought leadership into something more palatable and easily digestible, from drawing a wider audience to promoting deeper insights. 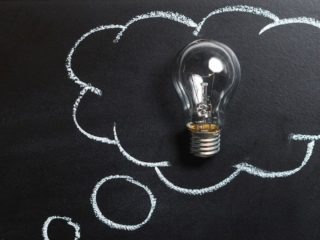 Previous Post (p) How thought leadership has evolved over the past decade: A Q&A with Allan R. Gold 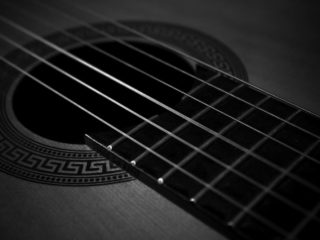