In honor of the 20th anniversary of Santana’s “Smooth,” the second-best-selling single of all time (behind only “The Twist”), Rolling Stone published an oral history of how the song came together. It’s a fascinating read, with more than a few unexpected turns along the way.

The account is also an excellent case study in the creative process and how talented people can work together to create a lasting, transcendent piece. That means it has more than a few lessons for thought leadership practitioners.

Cross-pollination can be amazingly beneficial. By 1999, Santana had made it into the Rock and Roll Hall of Fame, but his relevance had dimmed in the age of hip-hop and chart toppers such as Britney Spears. Meanwhile, Rob Thomas, lead singer of Matchbox 20, was one album into his career, had never written a song for someone else, and at first glance didn’t seem to have the weight to hang with Santana. The pairing worked because each brought out new shades in the other.

Although such a pairing can be uncomfortable at first, senior experts from different fields—say, healthcare and design thinking—can work together to develop a fresh perspective on even the most evergreen topics.

The best creative process is iterative. Itaal Shur, the original songwriter of “Smooth,” came up with a song that had the right feel but the wrong lyrics. Rob Thomas rewrote the words with a new chorus. The two then worked together to flesh out a demo. Then the track’s producer created the arrangement with the band to ensure the feel was right. After that, Santana and Rob Thomas recorded their performances. Overall time from inception to recording for a four-minute song: three months.

Many teams want to believe their first draft is 95 percent of the way there, but it’s more often just the beginning of a process of narrative development and production. And if you think of an early draft as a block of stone, chiseling and shaping are necessary to bring distinctive ideas out.

To make something universal, go with personal experience. When Rob Thomas was brought in to write new lyrics for the song, he looked to his girlfriend-now-wife, a Puerto Rican woman from Queens, for inspiration. The record company didn’t believe Thomas could sing the song convincingly, but since he was drawing on firsthand experience, his voice was an ideal fit. That personal connection helped create a mood relatable enough to connect with listeners from all backgrounds.

Similarly, the best pieces of thought leadership are informed by the firsthand experiences of the author team. Experts that draw on insights from client engagements will come across as authentic and credible, and their content will speak directly to the questions their clients have.

Respect the review and approval process. Along “Smooth’s” journey, there was no shortage of people weighing in on every aspect of the song. After the final version had been delivered, a row erupted over the use of a vocal effect during the verses of the song. The label executive who had shepherded the project from inception was dead against it, but Clive Davis, the legendary record mogul and head of Arista at the time, said, “You did your job, now let [the producer] do his.”

Few thought leadership pieces make it out the door without extensive reviews, from subject matter experts to risk and legal. That makes establishing a process that reflects the hierarchy of reviewers particularly important. When issues arise along the way, escalating them to the person with authority can ensure content doesn’t get caught in an endless feedback loop or turf wars.

This process, with so many people weighing along the way, might seem an extraordinarily convoluted path to get a creative piece to market, but it’s actually the norm—for music and thought leadership.

This level of collaboration and engagement is typically necessary to create a distinctive article. By embracing this approach, your ideas have a far better chance of rising to the top.

If you’ve read this far, do yourself a favor and check out this vintage cut to be reminded of what made Santana so great in the first place. 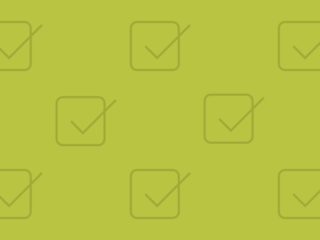