Hip hop has been both celebrated as a dynamic art form and maligned for its glorification of violence and misogyny. However, no one seems to give it credit for snuffing out one of the seamier practices in the music industry. Let me explain.

A couple weeks ago, my son and I drove from Chicago to Cooperstown, New York, for a weeklong baseball tournament. Beyond the simple joys of a 12-hour road trip (not even the epidemic of New York drivers clogging up the left lane could hobble the adventure), it gave us a lot of time to talk and listen to music.

I told my son that his two main responsibilities were navigation and tune selection. He handled both with the aplomb of a seasoned road tripper. His tastes run to hip hop, so we alternated between stations with the current hits and classic rap from the 1980s and 1990s. At some point, we stumbled across Smash Mouth’s version of “I’m a Believer” from the Shrek soundtrack. While discussing with my son whether the song was still good, I had an epiphany: we’d been listening to hours of hip hop without hearing a remake of a song from an earlier era.1 Why was this?

The cover song has a checkered past in popular music: in the early days of rock and roll, it wasn’t uncommon for different versions of a song to compete at the same time for chart supremacy. White artists often produced sanitized versions of a black artist’s creation to expand the song’s reach. In possibly the worst example, Pat Boone’s version of “Tutti Frutti” charted higher than Little Richard’s original. And in their early days, the Rolling Stones released a lot of toothless blues covers. (You can watch them get schooled here by the real deal.)

But there were upsides: Aretha Franklin covered everyone from Otis Redding to The Beatles to Elton John to The Band, to name just a few, reimagining these songs in the process. Jimi Hendrix’s version of “All Along the Watchtower” became the iconic rendering. The Who’s “Young Man Blues” bore little resemblance to the jazz version by Mose Allison. The Sex Pistols paid tribute to the Who with “Substitute.” Social Distortion made “Ring of Fire” their own. And Johnny Cash’s “Hurt” exposed new shades that Trent Reznor might not have imagined. These covers are examples of artists who used the original as a canvas (sometimes merely as a suggestion) to inject their own talent, energy, and perspective.

Hip hop has subverted this formula by emphasizing personal experience and lyrics that are specific to the artist. An MC could take a groove or hook from a hit song as a catalyst, but there’s no reason for someone to repurpose the whole tune. How do you out-Tupac Tupac on “California Love” (which features a sample from noted cover artist Joe Cocker)? Or Dr. Dre and Snoop on “Nuthin’ but a G Thang”? Or Missy Elliott?

For artists such as Migos, Cardi B, and Drake, covering a song doesn’t make sense. They have their own story to tell, and it would be far more interesting to their fans than any remake could be. The best music is all about authenticity, giving listeners a window into a different world or worldview. Points are given for originality, not for creating a copy. Meanwhile, Weezer is experiencing a resurgence by covering Toto. How the mighty have fallen.

Anyone engaged in thought leadership should take this lesson to heart. It seems like the whole world is racing to weigh in on how artificial intelligence or the cloud will transform business. As we regularly advise experts, firsthand experience with a client is the best well to draw from to be distinctive in the marketplace.

If you’re trying to be a fast follower and parrot insights that someone else has published, you’d better hope your current and prospective clients can’t tell the difference between Pat Boone and Little Richard.

[1] The issue of using a sample from one song as the foundation for another is a different topic. 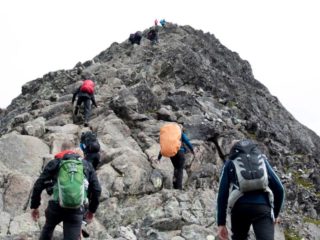 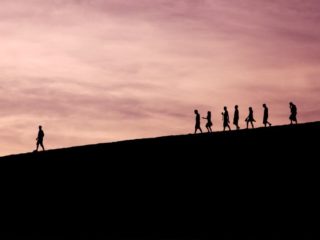