Most skills are a combination of art and science. A good friend of mine is a hair stylist; she has a great eye for shape, color, and texture—but to get good, she spent years studying the science of hair, angles, and chemicals. Even lab chemists balance the actual science of their work with artful approaches to generating ideas. Without the ability to think big and in patterns, a chemist’s work would only ever be slightly derivative of what came before.

Writing and editing is much the same. Some writers have a knack for how to string words together—but even natural writers lean on the rules of syntax. They also ultimately rely on a copy editor to ensure the writing is clear and law-abiding—that is, that the artfulness hasn’t muddied the communication of ideas.

Companies generally use one of two style guides to inform the editing process: The Chicago Manual of Style or The AP Stylebook. Given that the former is 1,146 pages and the latter is 656 pages1—not to mention the 720 pages of the current edition of Merriam-Webster—it’s safe to assume there’s been some thought put into the rules that guide formal writing.

But copy editing can be frustrating for writers. As one of my earliest posts for Leff opined, authors are sometimes hesitant to “murder their darlings”—a crime the copy editor tends to be the one accused of. It’s understandable. By the time an article or report reaches copy edit, it has already been through an arduous revision process—dozens of versions, lots of people weighing in, risk reviews. The authors finally have a nearly complete draft. All it needs is editorial production. But then here comes a copy editor challenging word choice, moving things around, changing syntax.

Despite the potential frustration, the goal of the copy editor is always to make the authors look as polished as possible and make their insights easy to digest. And the process is far less subjective than some might think.

For example, one client felt we’d gone too far on a copy edit and asked me to walk back every edit except those that were the most necessary. In adjusting the piece to only the necessary edits, I discovered just how many truly were purely objective. I rolled back a handful of edits but also politely annotated the existing changes to explain, in detail, why the remaining edits were syntactically, grammatically, and reputationally requisite. The notes included the following:

(That last one is non-negotiable; we take any hint of plagiarism very seriously.)

With the exception of busting out some serious editor vocabulary (verb aspect tense, apposition), most of these comments are generally understandable—and they are dictated by the style guide, not the copy editor’s personal preferences.

As a writer myself, I bristle just like anyone else when someone edits my writing. It’s a natural instinct; writing is thinking, it’s hard, and we feel accomplished when we can get something—anything—on the page. Especially when it’s something we labored over for months. But that is why it’s crucial that the author-editor relationship is built on trust in each other—and in editorial science.

1 The page count difference is probably because of Oxford commas in Chicago Style. #nerdjoke

Brittany is the editorial director at Leff. She is passionate about helping clients tell their stories through incisive, fact-based narratives. Every once in awhile, she takes a break to muse on rhetorical devices, grammar, and content strategy on the Leff Communications blog. Follow Brittany on Twitter @britpetersen. 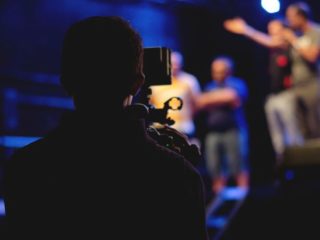 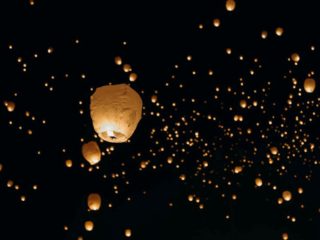