While we normally save these roundups for the end of the year, the first half of 2020 has felt more like half a century, so why not? Content marketing strategies that might have been established at the end of 2019 or the beginning of 2020 were likely out the window by March, when it was clear the pandemic was going to define the year. As we entered June, after the murder of George Floyd, companies and individuals were called upon to rethink and voice their values and commitments toward fighting racial injustice. Many of our most-read posts from the first half of the year center on these realities. Below are the top eight.

8. Publishing during the pandemic: A Q&A with McKinsey Global Editorial Director Lucia Rahilly: We published this conversation just a week or so ago, but it is quickly climbing the ranks. Rahilly shares some details of the firm’s publishing strategy through the pandemic and how they’re managing to get it all done.

7. Making the quick shift to remote podcasts: In this Q&A, Scott chats with Tyson Ellert, a sound engineer and producer, about how to make remote podcasts successful. Tips include having both host and guest record the conversation, staging a dry run, and investing in a digital recording device with an external mic.

6. On George Floyd, protests, and the arc of the moral universe: In this June 1 post, Scott reflects on the protests following George Floyd’s murder at the hands of police and begins considering what we can do to ensure lasting change.

5. Measuring the impact of thought leadership: At the start of the year, Scott shared this post on how to measure investments in thought leadership, what success looks like, and why current methods still leave something to be desired.

4. How to keep your s*** together and be productive during a pandemic: Brittany compiles responses from some of our team members on how we’re making remote work work—and she further proves our theory that swearing gets views.

2. The Gold Standard: January 2020: In Allan’s first Gold Standard of 2020, he shares the strongest articles and reports on artificial intelligence he’d read in the previous few months, including pieces from Deloitte, BCG, Capgemini, and PwC. 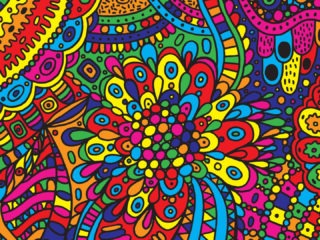 Next Post (n) Commas vs semicolons vs em dashes: A magical mystery tour