When I applied to Leff in January, the idea that the entire country might shut down seemed inconceivable. I had a phone interview that I thought went very well. Then, in the words of the late Kurt Vonnegut, “the excrement hit the air-conditioning.”

As the news rolled across my feed and I rewatched Contagion to get an idea of how worldwide pandemics work, it occurred to me that I may not get a call back. I imagined that society might devolve into some sort of shadow of itself. We’d farm potatoes because they are a cheap and resilient crop. Money would only be good for the warmth it provided when set on fire. Roving bands of survivors would pillage what was left.

All of this was an underestimation of the invisible hand’s power in pushing us toward normalcy. And it did. A couple months went by, and Leff reached out to continue the hiring process.

This is my first time starting a job during a global pandemic, and I’ve noticed some nuances. Companies will want to be aware that colleagues who join under the current circumstances will have to overcome certain things that we take for granted in a physical office environment. But there are probably opportunities here as well. Hopefully, the following observations provide some insight (however anecdotal) into the experiences of new hires today.

On making friends accidentally. I never realized at my previous job how many acquaintances I’d made by running into people in the kitchen. Brief conversations about the quality of the coffee or our weekends compound over time into a certain kind of collegiate relationship. I have found, though, that arriving early on a video call allows you to chat with people in a small group as people join—and this almost has the same effect. But let me be clear: I would be horrified if people scheduled two-minute video meetings to chat about our weekends . . . I cannot overstate how much I don’t want that.

On determining what a normal day looks like. Figuring out what a typical day is supposed to look like, especially in a self-directed work environment, is fairly difficult when you don’t see people entering and exiting a physical workspace. I have a rough idea of what people do and for how long, but I don’t really know how they organize their days—when that work happens, when they take breaks, when they log off for the night. It’s also possible this has allowed me to blossom more organically into my role without being encumbered by outside influence.

On impressing people while everything is on fire. You want to do your best-quality work when you start a new job—prove to the company that they didn’t make a mistake in hiring you. At the same time, we’re all dealing with one of the most distracting and difficult times in our lives. Many of us are doing our best work from our kitchen tables, trying to thwart the compulsion to doomscroll. What I’ve come to understand is that if I can pull off quality work now and feel comfortable in the position, the bar will be even easier when things ever get back to some version of what once was normal.

I’m something of a reluctant optimist, but starting a new job (and hiring for new positions) right now is probably one of the most optimistic things you can do. It means you have some faith that society is unlikely to collapse. Of course, onboarding in a remote environment comes with challenges. Leff has made it a point to try to bridge the virtual gap—and has made the experience less isolating than it easily could have been.

The culture of openness has translated fairly well into the digital environment: I talk with my supervisor daily, and colleagues at even the highest levels of the company make it a point to answer my video calls and instant messages. While I’ve gotten used to my cat being my only physical coworker, I’m looking forward to the time when we can share the same office space, discuss the quality of the same coffee. And if things take a turn the other way, I’m sure my colleagues would make a lovely roving band of survivors. 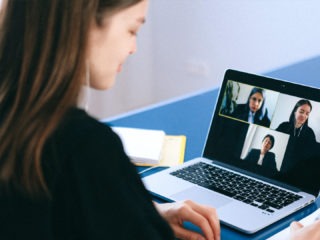 Previous Post (p) Hiring during a pandemic: What we’ve learned about growing while remote 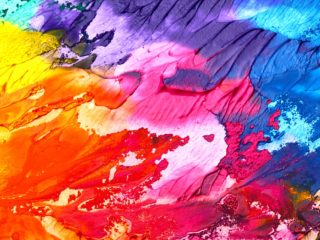