In the spirit of this blog post from December 2019, I’m taking the opportunity to conduct a review of the year’s worst jargon. While individuals, businesses, and the economy are struggling, business and marketing jargon is thriving. Words like agile, bold, and disruption that have been around for years are still going strong. Deliver and drive are seeing expanded—and questionable—use. And much more atrocious coinages, such as humaning and phygital, have made their way into marketing speak.

Below, I share a handful of the worst words and expressions we’ve encountered in our work or in the business press that emerged or grew in prominence this year.

Solution: as in, “Boyle, can you solution that?” You might think, “Well that’s unnecessary. We have plenty of other ways to express this idea that don’t sound terrible.” And you would be right. Take your pick from such options as come up with a solution for, resolve, or—my favorite: the verb from which this noun-turned-verb evolved—solve.

Effort: as in, “Can you effort this?” or “Gina is efforting this.” Seems like these people are expending a lot of effort to avoid the perfectly acceptable verbs work on or do.

Steer: as in, “Terry, give this a steer,” which seems to mean weigh in or provide some direction, but it’s acting as a noun. Call me old school, but I prefer to reserve the noun steer for discussions of oxen—which is to say, I don’t ever use steer as a noun.

Action: as in, “Diaz, are you able to action these comments?” To which she should reply, “No, but I can act on or incorporate them.”

Double click: as in, “Let’s double click on Peralta’s idea”—meaning, it would seem, to explore something further. I just double clicked on “Peralta’s idea,” and I’m here to tell you there’s not much there, except the option to italicize or underline it.

Unlock: as in, “This witness could provide a critical unlock to solving Santiago’s case.” Unlock as a verb is rampant enough in thought leadership (think, unlock value and unlock potential). We really don’t need it as a noun too—especially since it adds so many unnecessary words. Instead, try help + the main verb. So, in this case, “The witness could help solve Santiago’s case.”

The year has also birthed some phrases-turned-tropes, which—while well-meaning or even true—are tired. Consider “COVID-19 has exacerbated this trend/challenge” and “The pandemic is first and foremost a health/humanitarian crisis” and “the new normal.” These demonstrate one of the biggest problems with jargon, which is that people may read right past it because they’ve seen it so many times that it no longer means anything.

As for the list of examples above, you may have noticed a theme: people love turning nouns into verbs. “Verbing” isn’t a new concept—think emailing, biking, raining. But that doesn’t make it right in every instance. It should probably be reserved for cases when 1) the meaning of the noun-turned-verb is intuitive and clear, 2) it makes the sentence more efficient (emailing instead of sending an email, raining instead of rain is falling), and 3) there isn’t already a verb form of that word (looking at you, solution). And still, until such new uses are widely accepted—and I don’t just mean that they appear in the dictionary—they should absolutely be avoided outside casual emails and the like. And even then, know that, by using the terms, you are likely to illicit groans—at least from editors.

Is it possible some of these will eventually turn into accepted forms? Sure, yes, it’s possible. Will I regret being a stick-in-the-mud? No, I won’t. If no one resists, well, language could run completely amok. And I just won’t sit idly by. 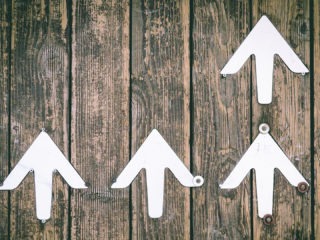