I recently came across a story of a man—a “nobody,” in his own words—who tweeted something that went viral. Like all the worst stories, it begins with Facebook. Mr. Nobody stumbled across a post about the second impeachment of President Trump. He then shared this post on Twitter. Despite being swiftly debunked by fact checkers, the tweet received nearly 750,000 likes and nearly 200,000 retweets before Mr. Nobody deleted it.

When asked by a fact checker why he decided to share the post without verifying its contents, Mr. Nobody replied that the information made him feel good. This says a lot about the current state of critical thinking in the digital public realm.

People like feeling good. We like having our worldviews confirmed and our beliefs reinforced. Serotonin is a powerful motivator; we’ve learned as much from the behavior of lab rats. The point here is not to shame someone for sharing false information; this happens millions of times each day. But rather, the point is to highlight how much of the information we seek is—knowingly or unknowingly—in pursuit of “feeling good.”

In the years I spent as a lecturer on rhetoric, I constantly impressed upon my students the importance of critical thinking. Today, people wake up, look at their phones (often before they even get out of bed and go to the bathroom), and are immediately inundated by messaging. Everything we read, every image we see, is purposefully designed to make us feel a certain way, react a certain way, buy a certain thing, or direct our anger at a certain target. And the democratization of information has made truth seeking much more difficult. With so much information readily available, it can be overwhelming to try to identify what’s trustworthy. It’s now more important than ever to constantly question who creates these messages. Who wrote the words? Who chose the images? Who published them? How do all of these things add up to form a whole, and what does that mean?

I believe the path to doing better begins with resisting the urge to feel good all the time. Critical thinking requires a willingness to be wrong. It requires us to withhold quick judgments and emotional responses and accept that our long-held biases might be ill informed. Fear and anxiety are useful emotions. They let us know something is amiss—that there is a problem that needs to be addressed. Only once that problem is identified can it be understood and lead to change.

Furthermore, it’s not enough to just say that we’re being lied to. The onus is on us to find a reliable source of the truth.

And critical thinking is essential to writing honest thought leadership that offers real solutions to real problems. Asking the right questions is key to getting there, even when they’re difficult or inconvenient. For example, writing about energy often leads to tough conversations about carbon emissions and changing customer behaviors, writing about reorganization to talk of job retention and creation, and writing about smart cities to discussions about making sure no one population is left behind in favor of another.

I’ll end with another story I came across while scrolling through headlines on my phone: apparently, it’s become fashionable for those who espouse fascist or nationalist ideologies to hide behind the antigovernment posturing of George Orwell’s dystopian novel Nineteen Eighty-Four. But these people fail to understand that Orwell himself fought against fascism in the Spanish Civil War—something he wrote about in Homage to Catalonia. And willfully overlooking context in the pursuit of convenience in this way is something Orwell forewarned with the slogan “2 + 2 = 5.”

Beware those who twist logic to their own ends, and resist the pursuit of blind happiness and convenient conclusions. The truth almost always hides in plain sight, and things are nearly always what they seem—even if knowing this makes us feel unhappy. 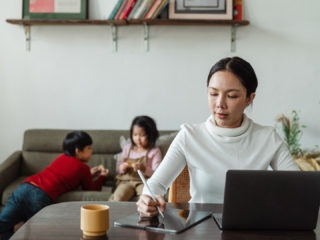 Previous Post (p) Moms of Leff: Balancing kids and work during a pandemic 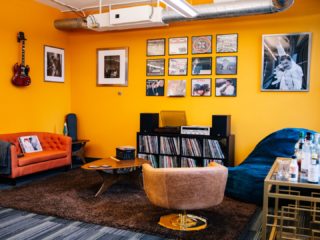 Next Post (n) How to keep company culture alive remotely: A roundtable with Leff leaders