Since before the time of quill and parchment, people have understood that words, written or spoken, hold power. But the truth is that expressing yourself through writing and having access to influential literature was once—and in some ways still is—a privilege. The United States is the only known country to have prohibited the education of enslaved peoples out of fear that this would lead to insurrection or escape—or finding out about others who had.

We’ve come a long way since then, especially over the past year. In 2020, many in the nation felt compelled and inspired to understand the Black experience and began having conversations around equity, inclusivity, and racial justice. Critical to understanding the experiences and history of Black people in this country is reading their stories. This year’s Black History Month inspired me to learn more about how Black writers and writing have evolved, how they have shaped society, and what challenges lie ahead.

In the mid-eighteenth century, Phillis Wheatley became one of the first Black—and female—writers to be published. While enslaved, she learned to read and write, and once her talent was discovered, she published a book of poetry. But the themes she was able to write about were limited, making it impossible for her to truly portray her experience as an enslaved woman. She also had to defend her authorship in court.

Fast forward about 200 years, and we see the emergence of Black-owned media such as Jet and Ebony magazines. These platforms gave Black writers an outlet to be raw and unapologetic, discussing everything from school integration to police brutality and corrupt politics. And in 1955, Black media, including Jet and the Chicago Defender, made the unprecedented decision to publish images of Emmett Till’s mutilated corpse, making his shocking lynching an even more inescapable wakeup call. Such bold journalism ignited a culture of activism in the United States; Black Americans began demanding voting rights, and community leaders like Rosa Parks and Martin Luther King Jr. became national icons.

Today, writers like Nikole Hannah-Jones continue to amplify stories in Black history that shape political agendas and social conversations. And authors like Ta-Nehisi Coates are bringing present-day realities of the Black experience in America to light. Even children’s books are increasingly sharing Black stories for young readers who previously did not often see themselves represented in literature.

As we open our ears to more Black stories, incorporate more Black literature into school curricula, and listen to contemporary rising stars like Amanda Gorman read poetry at the inauguration (and, somewhat more surprisingly, the Super Bowl), let’s remember the people and events who have paved the way for inclusivity in writing. Black voices are essential to understanding our country’s narrative—past, present, and future—not just in February but every day, as we continue to strive for a more inclusive America. 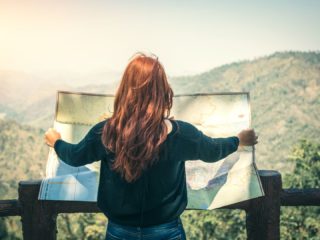