If you’ve perused the Leff blog before, you may have picked up on the fact that we’re big fans of the em dash. And we kind of geek out about the many and distinct uses of hyphens, en dashes, and em dashes (and semicolons and commas…).

With this in mind, by far the least impressive skill I have acquired in my time at Leff is the ability to type em dashes and en dashes using the number pad on my keyboard (ALT+0151 and ALT+0150, respectively, if you’re curious). Why is this not impressive? Because Word will do it for you, if you use the correct combination of spaces and hyphens: two hyphens without spaces on either side for an em dash, and a hyphen between spaces for an en dash.

But thinking about dashes got me wondering, in true copy editor fashion, about something more obscure and more pedantic. I know how to use hyphens and dashes. But what do they mean? Why do they look the way they do?

At some point, when we started typing these marks rather than writing them, their form was standardized. Before type, there was no need to understand how much longer an em dash was than an en dash, or an en dash than a hyphen; it was enough to simply know that they were. It was only when we started hammering these things out of metal rather than drawing them with ink that a proper distinction began to seem important.

Punctuation as we understand it is a function of the written word, not language in general, and was a latecomer to the party. The Greeks simply wrote words without punctuation marks or, for that matter, spaces.

Hyphens come standard on typewriters because they were standard for typesetters, a practice that traces right back to Gutenberg, who decided to expand their use to also indicate when a word at the end of a line continues onto the following line. Given the economy of space that practically defined typesetting—no ragged edges here—the hyphen became indispensable to typing.

The reason Word uses combinations of hyphens and spaces as the shortcuts for the en dash and the em dash is that people using typewriters, having at their disposal only a hyphen and a space bar, used these conventions to indicate to typesetters which dash was intended in the final print.

And here is where everything I thought I knew about dashes gets yanked out from under me. En and em dashes aren’t called that because they’re as wide as a lowercase “n” and a lowercase “m.” They’re called that because those are the specific typography jargon words that refer to the height of a physical piece of type (the “em,” also called the “mutton” to reduce confusion) and half that height (the “en,” also called the “nut”). An em dash was originally as wide as the font is tall. This is no longer fully true, as the modern ability to print without the need for mechanical type has reduced the limitations on what fonts can look like, and some fonts have drifted toward reflecting the widths of an “m” and an “n” in their em and en dashes.

There’s no way to apply any of this knowledge when actually using hyphens or dashes. But now I know that a “type” is one “em” high, and that becomes the least impressive thing I have learned. 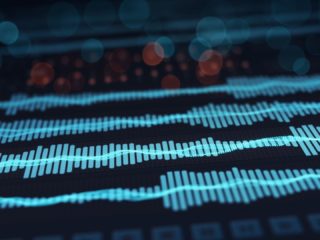 Previous Post (p) Measuring the impact of thought leadership: What Pink Floyd, Beyoncé, and your content have in common