Memorization: the bane of many students. I was no different, and my disdain for all things rote has continued to this day. I was displeased, then, to learn that my entire sixth-grade English class would be made to memorize a list of 43 prepositions in alphabetical order—and that it would, in fact, be on the test.

Aboard, about, above, across, after, against, along, among, around, at.

Being the overachiever that I was, I dutifully studied the words until I could recite them on command like a trained parrot.

Before, behind, below, beneath, beside, between, beyond, by.

Here I am over a decade later, and that list still takes up valuable real estate in the cluttered junk drawer of my mind—space that otherwise could be used to learn calculus or study geopolitical affairs or store useful tidbits, like where did I leave my keys?

What could have been the point of jamming these tiny, meaningless parts of speech, devoid of context, into our impressionable brains?

Through, throughout, to, toward, up, upon, under, underneath, with, within, without.

As abashed as I am to admit it, that sprawling list of prepositions—with which you are now also acquainted—has been handier in my professional writing and editing career than has a good portion of what I learned in college. Why is that?

Prepositions are the seasoned salt that we sprinkle on sentences to punch up their flavor with mouthwatering context; they usually show temporal or physical relationship (the when and the where) and can even reveal motivation and method (the why and the how). So much of the meaning of a sentence stems from its inclusion of prepositional phrases, and picking just the right one for a situation can be, itself, a moment for inspiration.

Let’s look at an example. Take the following complete sentence:

Truly riveting journalism. Compare it to this sentence:

“After dinner, the dog ran off the porch, over the flower bed, through the yard, between two parked cars, along the sidewalk, and toward a squirrel with all haste.”

Now we’re talking! Previously, we simply had the who (dog) and the what (ran)—also known as the subject and verb of the sentence, respectively. In the second example, however, we now have the when (after dinner), the where (off the porch, over the garden bed, through the yard, between two parked cars, along the sidewalk), the why (toward a squirrel), and the how (with all haste). Such is the magic of prepositional phrases: those (typically) two-to-five-word pinches of grammatical flavor. Delicious.

Indeed, prepositional phrases provide specificity and context. Shouting, “Hurry! Ditch the Louis Vuitton handbag!” might perturb someone; “Hurry! Ditch the Louis Vuitton handbag with all those angry bees in it!” seems like a more reasonable command. Often, context is necessary for a point to land—be it about vaccination sites, supply-chain breakdowns, or handbag bees. In any case, prepositional phrases can provide that framework without compromising the original integrity of the sentence.

And once you can recognize prepositions, it’s easier to write and edit for clarity and precision. Since all a sentence requires to be grammatically complete is a subject, verb, and complete thought, temporarily removing prepositional phrases—which will never contain the subject or verb—is a quick and dirty way to pare down a sentence, analyze the core meaning, and even reconcile subject–verb agreement issues.

Ultimately, prepositions and prepositional phrases are at once unnecessary and indispensable. It’s true—one never needs a prepositional phrase for a sentence to be complete. But without them, how could we possibly know that it’s over the river and through the woods to Grandmother’s house we go? 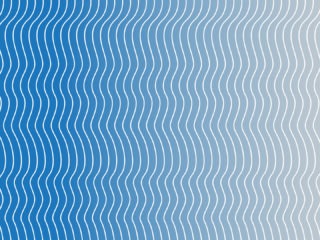