The aftermath of the tragic shootings in Atlanta and Boulder have led to renewed calls for gun control and amplified discussions of systemic racism that Asians and Asian Americans face in the United States. Here’s what else is top of mind for us as the week kicks off:

NFTs, short for “non-fungible tokens” that are unique digital assets stored on the blockchain, have been gaining traction lately as vehicles to sell albums, art, and videos. But things jumped into high gear this week when Twitter cofounder Jack Dorsey auctioned off his first tweet ever via an NFT for $2.9 million for charity. It’s the latest sign that cryptocurrencies are going to continue to become more relevant in the coming years, though it’s still unclear which specific uses will have staying power and which will become one-hit wonders.

– To better understand how to set up an NFT, Marketplace host Kai Ryssdal decided to do just that with one of his tweets.

– Deloitte’s Blockchain Trends 2020 looks at how the corporate blockchain hype cycle is slowing as organizations shift from exploration to implementation mode.

– This CNBC piece unpacks capital gains taxes that cryptocurrency users could have to deal with.

A container vessel stuck in the Suez Canal—one of global trade’s most important thoroughfares—caused major delays to ships carrying goods to ports all over the world. The ripple effect of the lodged ship battered the global supply chain, which was already hit hard by the effects of the COVID-19 crisis. As some consumer behavior patterns adopted during the pandemic solidify as permanent habits, including the reliance on doorstep deliveries, supply chains may be operating in critical condition for quite some time, ultimately triggering a reappraisal of the entire industry.

– NBC looks at how everything from furniture to clothes may be affected by the canal blockage.

– Harvard Business Review examines how the shortage of semiconductors has put global supply chains under pressure.

– McKinsey assesses how both the global pandemic and climate change are exposing dangers of unstable supply chains.

A throwdown of sanctions

Tensions between the United States and China have been escalating for some time as China becomes bolder in its global relations and the United States tries to pivot its engagement with the Middle Kingdom after years of thinking economic cooperation would lead to economic and political reforms. Those tensions hit a new high this week when the United States and other allies slapped sanctions on Chinese officials over the ongoing humanitarian crisis of China’s minority Uyghur population. We expect relations between the two countries to sour even more.

– In The New Yorker, Peter Hessler provides a poignant and witty picture of America’s trade dependence on China and how it really affects consumers (we’re looking at you, Amazon customers).

– Bain & Co. investigates how tech companies—once the biggest proponents of getting into the Chinese marketplace—are dialing back and decoupling their ecosystems. 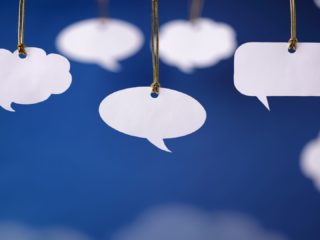