Bruce Springsteen is best known as a rock ‘n’ roll star who’s been filling stadiums and arenas worldwide for more than 40 years. But it turns out that the 71-year-old musician is much more than that—he’s also a natural storyteller. My daughter and I observed this talent firsthand in July, when we had the privilege of seeing him perform in Springsteen on Broadway at the St. James Theatre in New York City. (The show is a reprise of his 2017–18 Broadway appearance; a concert film created from those shows is available on Netflix.)

This is no rock show. It’s a one-man dramatic performance in an intimate, 1,200-seat theater, a world away from the massive halls in which we’re accustomed to seeing his band and him play. Springsteen performs an exhausting 2.5 hours without intermission as he talks, sings, and plays the guitar, harmonica, and piano.

Springsteen has always used stories to introduce songs at his arena gigs. On Broadway, however, the narrative has nearly equal weight with the music. The songs are complements to his stories, many of which are drawn from his 2016 autobiography, Born to Run. He uses the show to reflect on his childhood, getting older, mortality, his family, the Vietnam War, and the killings of Black Americans at the hands of the police.

What makes Springsteen such an effective storyteller? He clearly knows what he’s doing on stage, judging from the stream of laughs, gasps, sighs, tears, and shrieks of “BRUUUCE”—plus the total silence—that he elicits from the audience. I won’t pretend that I know the secrets of storytelling; you can find dozens of books and essays on the topic on the internet. But here are some rhetorical devices I observed that worked their magic on my daughter and me, as well as the rest of the audience—lessons that all content creators could apply to craft a compelling experience:

• He was honest. Of course, there was a heavy dose of showmanship, but we got the sense that he was as candid as he could be. That came through when he talked about the creation of his rock-star image, as well as how he failed his Selective Service physical during the Vietnam War in the 1960s—he says that while he was glad he wasn’t taken by the Army, he agonized over the thought that someone else had to serve in his place.

• He used humor. He mixed serious themes with funny asides, including a judicious—and uproarious—application of cursing and exaggeration. The account of his dealings with the New Jersey criminal justice system was hilarious.

• He was not afraid to show emotion. There were moments when he seemed to choke up when he talked about his beloved mother, who suffers from Alzheimer’s disease, and his longtime bandmate Clarence Clemens, who died in 2011.

• He told stories that the audience could relate to. On the night we attended, much of the audience was on the north side of 50 years old. They could appreciate his reflections on aging parents, his impatience as a young man to leave home as soon as possible, returning to his hometown to find so much had changed, and getting up multiple times during the night to go to the bathroom.

• He made clear, through words and music, where he stands on controversial issues. After recalling the deaths of friends in the Vietnam War, he offered a searing version of his antiwar song “Born in the USA” (similar in approach to Jimi Hendrix’s “National Anthem”). He also addressed the killing of Black Americans by police in “American Skin (41 Shots),” a song about the shooting death of Amadou Diallo in 1999 that, sadly, remains relevant today.

• He deftly wove a tale. He’d start a story, digress, and then return, powerfully, to the main theme. He did this with great effect in one instance when he started by talking about the Vietnam War, led into his recollection of his earliest bandmates (including the tale of the drummer who couldn’t play “Wipeout”) and the Jersey Shore rockers he admired, and then described the deaths of some of those musicians in the war.

• He extensively employed imagery. He gave the audience a clear picture of the characters, places, and feelings he discussed. There was the evocation of a very tall musician who wasn’t comfortable with his height. There was the vivid description of his childhood home and neighborhood, including a moving reflection on a tree and its dirt where he played as a boy. And there was the bittersweet boyhood memory of driving to a local tavern with his mother to ask his hard-working father to come home for dinner.

Reviewing the list, nothing about what it takes to tell great stories is really a surprise. The execution is what’s important. And on that July night, Springsteen showed us how it’s done in a way that we will remember for the rest of our lives. 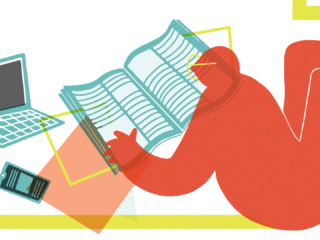 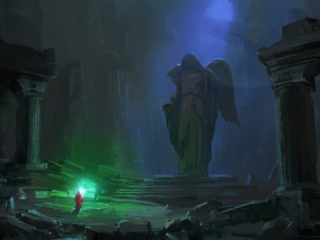 Next Post (n) A flight of fantasy: What Dungeons and Dragons and thought leadership have in common