Eating meat can mean navigating some pretty difficult truths. Conventional livestock farming in the United States creates cramped, inhumane living conditions for animals and produces an enormous amount of carbon emissions. According to McKinsey, agriculture accounts for approximately 20 percent of greenhouse-gas emissions globally; cattle and dairy cows alone emit the same amount of greenhouse gases as the entire United States. For a lot of people, this reality prompts the decision to forgo meat altogether.

But there’s another way. As I’ve learned through Leff’s pro bono work with Food Animal Concerns Trust (FACT), a nonprofit dedicated to supporting humane farming practices, farming doesn’t have to contribute to climate change or create unhealthy living conditions for animals. In fact, through regenerative agriculture, raising animals for food can actually improve the environment.

We recently had a chance to see this approach in action during a visit to Terra Vitae Farms in Woodstock, Illinois, to film a video about FACT’s work. The recipient of a grant from FACT, Terra Vitae raises cows, goats, pigs, sheep, and chickens on 80 acres and sells its products at local farmers markets and through an on-site farm store.

For a lifelong city dweller like me, visiting Terra Vitae was a total delight. We walked across lovely golden pastures where goats and cows wandered freely, grazing at will. We watched as the farmers’ four children played with adorable newborn pigs and baby chicks. And we enjoyed the clamor of a flock of chickens objecting to the temporary relocation of their coop for filming.

We also had a chance to explore the farm’s origin story. A true family farm, Terra Vitae is run by Mike and Colleen Biver and Colleen’s parents, Kevin and Katie Kelley. The two couples started the farm six years ago after concluding that unhealthy food choices were causing health problems in their family.

“It started a journey to explore the healthiest way to produce food,” Mike told us. “It eventually reached a point where we had a lot of knowledge, and we decided that was the moment that we would literally roll up our sleeves, get our hands dirty, and actually start doing something to address the broken food system.”

Regenerative practices like those used at Terra Vitae focus on raising animals in the healthiest possible conditions. Animals move around freely on pastures, eating the grasses that are a natural part of their diet. And they don’t get the routine antibiotics that are a regular part of traditional factory farming, so they don’t contribute to the alarming rise of antibiotic-resistant “superbugs.”

This type of farming has a beneficial impact on the environment, too: rotating animals through different pastures keeps the grass healthy and naturally fertilized, enabling it to absorb carbon more effectively.

It also produces delicious food. Before we left Terra Vitae, we joined the family for an incredible lunch of chicken chorizo and cheddar-jalapeno bratwurst—definitely the tastiest sausages I’ve ever had.

Now that filming has wrapped up, we’re busy assembling sound bites and footage to tell a compelling story about Terra Vitae and FACT’s important work. I hope the video proves useful to FACT as it continues to support humane farmers through grants, education, and advocacy. And I’m excited to shine a light on these transformative practices that lead to better health for people, animals, and the planet.

We’ll update this post with the video once it’s finished. 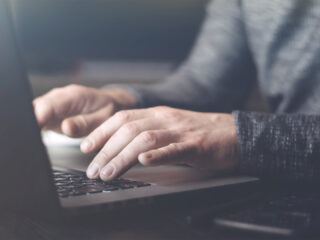 Previous Post (p) Why I still take on editing projects

Next Post (n) The Gold Standard on diversity, equity, and inclusion