Let’s face it: writing is an exceedingly difficult, even painful endeavor. No wonder people hire ghostwriters to do it for them. Heck, I often wish I could hire someone to do the writing I’m paid to do for someone else.

Tolstoy said every unhappy family is unhappy in its own way. The same is true for writers. We’re a tortured bunch. And I don’t just mean poets and novelists. Even a B2B writer can stare at a blank page for hours, or write the first sentence 84 times, or lie awake tossing and turning at 4:28 a.m. over a messy draft that has them in its grips. The report I finished two months ago? It still makes me twitch. It was the week spent getting the draft from v24 to v25 that did me in.

Self-doubt and mental anguish are our stock-in-trade. Sure, I’ve successfully completed dozens of writing projects this year, but who’s to say the next one won’t be different? Failure looms large at all times. It could happen. The words could not come. Ever. Again.

You know that emoji with the exploding head? It’s the one I relate to most. Like when I’m struggling for the umpteenth time to grasp the very basics of semiconductors—or taking a crash course in electric vehicle charging infrastructure, or trying to distinguish among dozens of models of accountable care—and my brain hurts so much I fear it will rupture.

Job descriptions for B2B writers should include “sheer force of will” as a qualification. It’s our super power. It’s what we rely on to take a garbled pile of source material and bend it into a cohesive and cogent narrative. Time and again, will conquers self-doubt and saves the day. That, and imminent deadlines.

Sometimes I’m tripped up by a single word. The one I can’t bring to mind but am 100 percent certain is the single best and only word I can use in a sentence. I think it starts with “aer” or maybe “gra” and has three syllables, and I used it to great effect in that wireless networks article I wrote in 2002. It’s stored away in my brain’s equivalent of microfiche, unindexed and beyond the reach of my random access memory. More than once, I’ve hit the showers in hopes that the sensory shift will dislodge the word from deep within the recesses of my brain. And it’s worked! We all have our little tricks.

Don’t get me wrong, being a B2B writer isn’t all suffering and angst. The authors whose ideas we help to shape are frequently quick to express their gratitude and even admiration. Our published works live out there in the world, just a click away and accessible to all. Among us writers, our inside jokes and dark humor are a continual source of amusement. Our shared love of language combined with our shared experiences in the thought leadership trenches create a strong bond. We’re in it together, and we know we’re among the best at it.

Ultimately, my feelings about writing are summed up best by coach Jimmy Dugan (played by Tom Hanks) in the movie A League of Their Own when he says of baseball, “It’s supposed to be hard. If it wasn’t hard, everyone would do it. The hard…is what makes it great.” 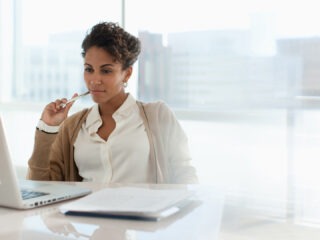 Previous Post (p) How to be more succinct in thought leadership 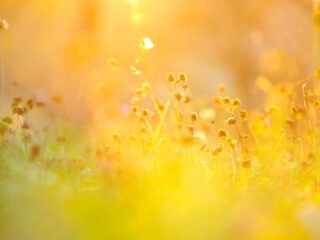 Next Post (n) Pulling energy from the minutiae around us