When I go for walks and “Common People” by Pulp plays through my headphones, I feel like the universe has let me in on some big secret. For almost six minutes, I pass everyone on the sidewalk—the common people—and I am not common. I am extraordinary, blending in and standing out simultaneously, just like the subject of the song.

The way I feel about this song is the way I feel about the month of September. It’s a gift. One that’s discovered in adulthood. Children dread September because it marks the end of one season (not in school) and the start of a new one (in school). Then later in life, when seasons are recognized as four and not as two, the month is reborn as the perfect mix of summer and fall. And to a Chicagoan, that matters. To some—to the people who assume that they’ve seen it all and done it all and felt it all—these gifts may seem few and far between. To me, they are plentiful. They are so obvious that they are discrete. These are the kinds of treats I try to find in everything I read and integrate into everything I write.

Ross Gay’s The Book of Delights perfectly encapsulates what it means to notice the grandeur to the minutiae around us. During the pandemic, I signed up for a Zoom presentation that was hosted by a Buddhist temple in San Francisco. Gay and another one of my favorite writers, renowned chef Samin Nosrat, took turns talking about growth—about feeding their souls with the small joys around them at a time when many people were trapped inside. Nosrat talked about gardening—how satisfied she felt watching curly vines and bright, bulbous cucumbers emerge from the tiniest seed—while her little dog Fava Bean chewed wildly on a bone in the background. Gay talked about gratitude, mistakes, and felicity. When he spoke, his voice and face teemed with guileless passion. The whole night was joy.

Recently, I’ve been thinking a lot about how to capture these simple joys. In many ways, writing is about pulling the energy from everyday things that inspire us. In the case of business writing, translating a sense of wonder or optimism into a piece is not always easy, especially when the subject matter is heavy (think climate change, recessions, layoffs). Sometimes I receive a piece, a jagged and tortured thing, that has been sharpened by so much jargon and so many numbers and so little joy that it hurts to look at. Through my editing, I aspire to take that broken piece and throw it into the ocean—to make its edges softer and smoother until it emerges again as a jewel on the sand that any reader would want to pick up.

No matter the subject matter, a piece should feel seamless to read. It should entice someone to engage with it, then allow them to leave with something new when they’re done. Sometimes the simplest way to make a complicated piece more delightful is to make it something you’d want to spend time with. As an editor, my goal is small but grand, just like the deceptively obvious treasures around us. I want to make every piece feel like September. I want readers to stumble across an essay, sit down with it, and think, “I never thought I’d be interested in the material makeup of recreational vehicles. But now I am.” 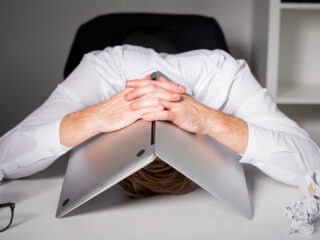 Next Post (n) Leff’s picks: How to pass the time this holiday season