I had a professor in college who was notorious for his list of 40-something rules for grammar. He would take off a point from your paper for every instance in which you violated a rule. The rules included things like, “Never start a sentence with ‘that,’” and “never end a sentence in a preposition,” the likes of which we at Leff consider bogus. But one of the most grating rules? No passive voice. Period.

I hated that rule. It didn’t help that I didn’t know how to apply it. I had friends redline my work until it looked like red cardstock to hunt down every instance of passive voice. I was an English major with a passion for grammar, and this was my white whale. What even was the passive voice? Or the active voice?

I can now tell you the difference between the two, but I’ll let Merriam-Webster because they’ll no doubt do a better job of it: “When a sentence is in the active voice, the subject of the sentence is the one doing the action expressed by the verb. In the passive voice, the subject is the person or thing acted on or affected by the verb’s action.” To use a classic example, it’s the difference between “mistakes were made” (passive) and “someone made mistakes” (active).

This understanding has allowed me to see why one might be inclined to make a rule outlawing its use (particularly if their goal was just to ensure you understood what it was, which I would begrudgingly admit he succeeded at). And while I will concede that, in almost every instance, active voice is the better choice, there’s an exception to every rule.

The change is simple but powerful. In contrast to the molasse-y passive, active voice keeps the reader moving by ensuring the thought is clear. There’s no mental gymnastics to figure out who’s doing what or what needs to happen. Active voice can also ensure no one is shirking their responsibility, like the organization in the above example.

But, ultimately, the decision between passive voice and active voice should come down to what you want to emphasize. If you don’t know who is doing the action or if it’s unimportant, passive voice may be your best option. For example, “But when employees logged on the next morning, the optimization system had been tampered with.” Since the employees did not know who or what tampered with the computer, the passive voice conveys this message better than the active, “someone or something had tampered with the system”—particularly if the focus is not on who did the tampering but on its effect. This example also shows how a writer could use passive voice to build dramatic tension, leading up to a “whodunnit,” if we are interested in the actor.

Or maybe you want to emphasize something that has already taken place: “But the delayed launch of the program was superfluous, given that the necessary adjustments were completed weeks ago.” Similarly, there may be instances when you want the star of your sentence to be what was acted upon rather than who did the action. For example, “The product was launched in 2015,” is a perfectly acceptable choice if the focus is on the product.

So, yes—more often than not, active voice is the right choice. But it’s important to be thoughtful about how you are expressing ideas, and blanket rules barring the use of passive (or many other things) are not the answer. Take that, professor. 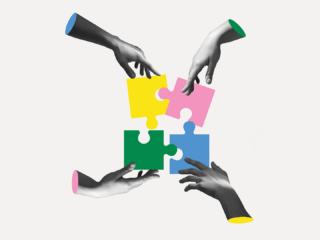 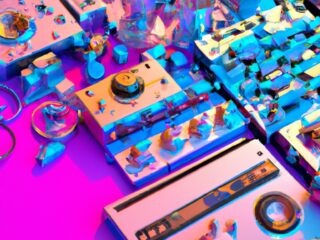