I moved to Chicago on a whim after college and realized within a week how necessary a job was. At the time, I was writing part-time for an art collective and event producer called Canvas. I was paid in concert tickets, backstage passes, and booze at events but not money, and I was burning through my savings faster than I had been when I was living in Cleveland (go figure).

Whole Foods was up the street from my apartment, and they were hiring positions for their Specialty department, which meant working with all things fancy—cheese, wine, beer, coffee, cured meats, you name it. I thought, Easy. This is how I’ll pay my rent. During my interview, my soon-to-be boss glanced at my résumé. “Huh,” he said. “There’s a lot of writing on here. Not a lot of cheese.” He hired me anyway.

When I started in September, the extent of my knowledge about wine and cheese was clichés: pair white wine with goat cheese, boxed wine is shit and for college students only, and cheddar’s only adjective is “sharp.” I rolled through the first few weeks of my job completely overwhelmed, faking recommendations with customers when they asked what tasted good and what would go well with whatever dinner they were making. I was working three or four days a week at Whole Foods, bringing in enough to barely pay rent (if I supplemented the last few hundred dollars with my savings). All my spare time was devoted to Canvas, interviewing up-and-coming artists in underground coffee shops; attending DJ sets in secret graffiti-adorned venues; and writing promotional materials, Q&As, and event recaps. I felt important and included in a city where that’s what most people wanted to be. I was broke, but socially and artistically, I was thriving.

By November, Amazon’s acquisition of Whole Foods was fully in effect, raising my minimum wage to $15 and allowing me to afford rent and new jeans and maybe a haircut every few months if I budgeted correctly. I took more shifts. I learned how to taste a pét-nat. I learned how to differentiate coffee beans by roast and origin. I learned how to describe cheese synesthetically and geographically, using adjectives that matched a cheese’s flavor with the experience of eating it or the place it came from: an astringent blue, a barnyardy goat, a grassy raw milk.

In January, Canvas disbanded thanks to a mix of poor leadership, misaligned priorities, and irresponsible tomfoolery. I panicked, then devoted all my spare time to submitting personal work to tiny local literary magazines.

The spring and summer brought hope. I learned how to split and cut an entire wheel of Parmigiano Reggiano. I got a poem published in a literary magazine called Motley. I learned what tannins were and what grüner veltliner, membrillo paste, and speck were. I started writing for a different, more organized art collective called AMFM. I learned how to taste olives and pair them with other flavors. I started working with cheese full time.

By September, I celebrated my one-year anniversary and became more distraught. This anniversary, in my mind, was basically the death of my writing career. I had been at Whole Foods forever, arguably. I stopped listening to music on the walk to work so I could have just ten minutes of silence before I had to turn my customer service face on and listen to the same fifteen songs over and over again on the Muzak radio station. I was too exhausted to write for pleasure and stopped trying to submit poetry and short stories. I became uninspired and isolated. I cried in the walk-in cheese cooler on three separate occasions. Any PTO I had, I used to leave the city and sit in the woods for a few days.

That December, I volunteered to take production shifts at 4 a.m. to prepare for the steady stream—no, more like broken-dam-level waterfall—of customers that would come from Thanksgiving until New Year’s. For four hours, I would work alone in a very empty, very quiet grocery store, cutting countless pounds of cheddar, brie, manchego, and gouda. My favorite customers knew my name and offered me friendship, resources, and humor; my least favorite customers asked for my name so they could complain to my manager about trivial things such as cold brew and pasta.

I quit Whole Foods at the end of January to start a full-time writing job with a magazine publisher. The relief I felt was extraordinary, but on my last day behind the cheese counter, I mourned. For just a moment, I had set aside writing and found a love and hate—a passion, essentially—for something new. I had perfected my cheese-wrapping techniques. I cared about where wine came from and learned that boxed wine from the right producers was amazing. I harvested countless customers’ stories and learned how to talk to people—especially other service industry workers—with more empathy and kindness.

When I started writing and editing for a proper living, I realized how big of an impact cheesemongering had on my career. I was more open to experimentation and learning and less afraid of critique. I knew how to navigate conflict and problem-solve better when something wasn’t working. I learned how to stand up for myself and my knowledge and skill. I discovered how language can be used to connect with people—to evoke a feeling, memory, time, or place. Most important, I learned the value of taking life and work step-by-step and not giving up.

Today, cheese and wine remain a big part of my life. I whip out my “fancy food” knowledge any chance I can and love to teach people about it. I miss working with food every day—and having a cooler to sob quietly into when times are particularly hard. It sounds silly, but I found poetry in cheese. And now I have the unique pleasure of proudly raising my hand whenever someone needs help either with editing a piece of writing or with a charcuterie recommendation. 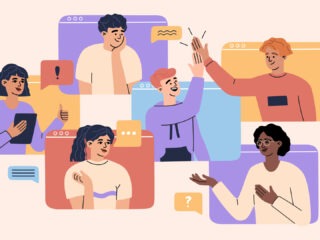 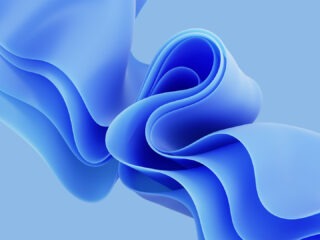 Next Post (n) Phrases and clauses: The keys to seamless writing