The fallout and postmortem of the Texas snowstorms continue, and the race to vaccinate three million Americans per day by April no longer appears to be just a lofty goal. Along with these big stories, here are several trends on our radar this week.

Women in the workplace

As Women’s History Month kicks off, we’re thinking about the brutal year working women have had—losing more than four million jobs since last March—while also focusing on progress that shows companies are trying to dive deeper into gender parity.

• Fortune reports that TIAA, the 103-year-old retirement and investment firm, named Thasunda Brown Duckett the next CEO. She’ll be the third Black woman to ever serve as CEO of a Fortune 500 company.
• A piece from The New York Times provides evidence from recent studies about patronizing and even hostile gender discrimination in economics.
• In the sixth year of its Women in the Workplace study, McKinsey explores the toll the COVID-19 crisis has taken on women—especially women of color.

The Biden administration’s plan to increase the minimum wage to $15 an hour hit a snag last week when the Senate parliamentarian said rules would prevent the coronavirus relief package from including such a measure. But Costco announced it would start paying US workers at least $16 an hour, and Walmart said half of its workers would earn at least $15 an hour.

• Korn Ferry weighs in on the number of low-wage workers who lost their jobs last year and why many of those jobs may never come back.
• Using Canada’s legislative changes to minimum wage in 2018, Deloitte dissects how businesses can drive profits while dealing with a short-term strain from increased costs.
• The Wall Street Journal takes a look at how chief financial officers are bracing for the hit from a minimum wage increase.

Fashion fit for a pandemic

On the heels of New York Fashion Week, Japanese retailer Uniqlo became the most valuable clothing company, surpassing the owner of Zara. Consumer behavior—and sentiment—has drastically changed since the onset of the pandemic, leading to other changes in fashion that may or may not have staying power.

• In a complete sign of the times, Crocs reported its best quarter ever, with sales rising nearly 57 percent year over year. At the same time, sales of high heels dropped 71 percent in 2020.
• McKinsey’s State of Fashion 2021 report explores how the pandemic has ushered in a new era of luxury, digital upgrades, and the need for a more circular fashion industry.
• The fashion industry is still run primarily by white men; this Council of Fashion Designers of America DE&I report takes a look at how that can change.

As the VP of content at Leff, Alyssa focuses on content strategy and development. Her background in journalism allows her to help clients find distinctive ways of telling thought leadership stories in a variety of formats. 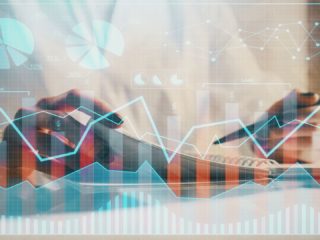