Such catchy campaigns can easily lodge themselves in your brain—for better or for worse.

Speaking of worse, in 1997, after I’d made my way into the working world as an editor, Toyota introduced a new slogan: “Toyota | Everyday.” My heart sank the minute I saw it. “Great,” I thought. “Now every person who doesn’t know their way around adverbs and adjectives will think everyday is correct as both.”

To be clear, the term is one word when used as an adjective, which modifies a noun, meaning routine or ordinary: He wears those pants as part of his everyday outfit.

However, when the term is used as an adverb, which modifies a verb, it’s written as two words: He walks to the store every day.

Boy, do I hate being right all the time. Since the advent of that campaign, misuse of the one-word everyday has proliferated across signs I see seemingly everywhere: “We have the lowest prices everyday!” and “Everyday we make the best bagels!”

Then, in 2003, we had the mother of all punctuation offenses in advertising: the Las Vegas Convention and Visitors Authority rolled out its (frankly, brilliant) slogan and campaign with the phrases “What happens in Vegas, stays in Vegas” and “What happens here, stays here.”

Don’t advertising companies have any grammarians on their staffs? (Maybe I don’t want to know.) How many people did that slogan go through before it was unleashed onto the world? (Probably don’t want to know that, either.) Was there not one brave soul in that litany of approvers who pointed out that the comma doesn’t need to be there? Or that it would be more correct to replace it with an ellipsis or a line break? (Again …)

The Chicago Manual of Style’s punctuation chapter, specifically the introduction to the section on commas, says the comma “usually denotes a slight pause.” But the pause between “What happens in Vegas” and “stays in Vegas” is understood. No one needed to stick that poor little comma there, making it take the brunt of my vitriol.

To be fair, advertisers take liberties with language and punctuation on purpose, and it’s very likely this wasn’t an error but an intentional decision to achieve the desired look and sound. It’s not unlike campaigns that overuse other forms of punctuation, such as Wrangler’s “Real. Comfortable. Jeans.”

But as a professional editor, it hurts to see these advertising decisions aimed at grabbing and keeping our attention seep into everyday use. And they do. The misuse of the comma in the Vegas campaign has spread through common language even more so than everyday/every day misfire. Even Subaru jumped on the correct punctuation–flouting bandwagon with its “It’s what makes a Subaru, a Subaru” slogan. (Sigh!)

So now, because of Vegas and Subaru, I see errant commas popping up in emails from friends, in greeting cards, and even in product copy for online retailers.

While these are far from the world’s most pressing problems, they do affect the way people write and text. It’s easier to see an expensive ad campaign and think “That must be right because this company writes it that way” than to look it up and be sure. And you can’t blame people who don’t do this for a living for not knowing the rules. But these rules help us communicate effectively and clearly. You may have seen the joke about the difference between “Let’s eat, Grandma” and “Let’s eat Grandma.” (Commas save lives!) So if editors seem to cling to such rules desperately, it’s primarily because they’re defending the clear communication of ideas—and maybe just a tiny bit that they love rules and being right.

As for those jingles from my formative years, Alka-Seltzer’s catchy jingle went, “Plop, plop, fizz, fizz/Oh, what a relief it is!” Wendy’s asked, “Where’s the beef?” in the ’80s. And Fred the Baker woke up early every day because it was “Time to make the donuts” for Dunkin’ Donuts.* More than two decades later, these words are still burned into my brain, while many more important tidbits have been lost. Advertisers have an incredible power at their disposal; this copy editor just wishes they’d use their power for good—that is, good grammar.

*By the way, Dunkin’—ugh. The company encouraged the world to drop the “ugh” from the word “doughnut” in favor of “donut.” And now it goes by just Dunkin’—so it ruined “doughnut” and then abandoned it. 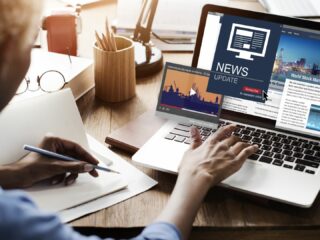 Next Post (n) I spy with my little eye: The art of trend monitoring