In the past week, tennis pro Naomi Osaka withdrew from the French Open after refusing to do press conferences following her matches, citing the effect they had on her mental health. And employment numbers landed for May, revealing that hiring is picking back up—but not as swiftly as economists had expected. Here’s what else we’re watching this week.

Only five years after modifying China’s long-held one-child policy to a two-child policy, the Middle Kingdom changed course once again to allow married couples to have three children. The move is another attempt to reverse declining birth rates, which have become a major concern for the country’s leaders as they look for ways to retain and grow their economic power. But many critics say the move won’t turn the tide enough. It’s a topic we’re watching closely because shrinking populations across the globe will have sweeping ramifications—on everything from supply-and-demand cycles to unemployment to living standards.

• There’s a growing group of young people in China who don’t even want children. The South China Morning Post looks at how many Gen Zers call the huge income-to-debt ratio “the most effective contraceptive.”

• Years ago, McKinsey’s Jonathan Woetzel made the argument that China was past the point of having policy that could influence demographics. His thoughts on investing in productivity instead of reproductivity ring even truer today.

Last week marked the beginning of the Atlantic hurricane season, and the National Oceanic Atmospheric Administration is forecasting a busy year after a record-breaking 2020. As each season appears to get more intense, the need for companies to consider how hurricanes affect their risk-management programs, infrastructure, and personnel is growing.

• NPR looks at a new threat for this season: carbon monoxide poisoning, which often stems from improper use of generators.

• Aon’s 2021 hurricane season report takes a look at how companies can assess and apply hurricane and flood preparedness strategies.

• This year, the World Meteorological Organization decided to come up with supplemental names as backups instead of using Greek letters. For a fun read on how hurricane naming got started, check out this piece from The Washington Post.

A recipe for a reckoning

Restaurants, which were battered by the shutdowns of the past 15 months, are able to operate at increasingly higher capacities. Yet, many of them can’t because of a staffing shortage. Some workers may still be collecting unemployment that pays better than restaurant wages, while others are considering higher-paying options outside the hospitality sector. Why wouldn’t a cook who earns $18 an hour look to become a UPS driver who can make $22 an hour? This tension could be just what has been needed in the industry for years: a reason for restaurants to pay people better. And consumers are likely going to have to fork over a few more dollars so staff can earn living wages.

• Hospitality industry recruiter Chris Floyd paints the picture of the staffing shortage in DC and how businesses are trying to woo workers back.

• McKinsey’s future of work after COVID-19 report considers staffing shortages across a variety of industries, including hospitality, and how up to 25 percent of workers needing to switch occupations will impact labor markets.

• Could technology help solve some of the staffing shortages? This Bain & Co. Labor 2030 report looks at how robots serving food, among other ideas, may not be that far off. 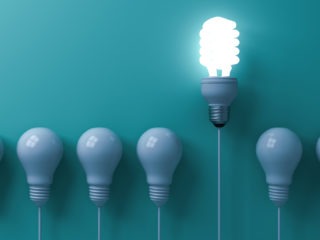